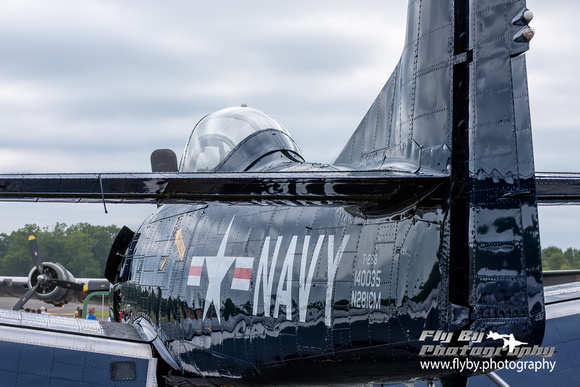 Joe "Reb" Edwards' T-28 Trojan. Who is Reb Edwards? Joe “Reb” Edwards is a former astronaut and U.S. Navy test pilot with over 5500 fight hours in 75 different aircraft, over 2000 of which were in the F-14 Tomcat. He led the developmental flight tests of the last models of the F-14, flying an out-of-control flight test program for the F-14B F110 engine integration and the first Navy flight of the F-14D. He has logged 650 aircraft carrier arrested landings and combat missions in the Mediterranean and Middle East. He holds 27 military decorations, including the Distinguished Flying Cross and Air Medal. At NASA he piloted the last American crew member to the Russian Mir space station in the orbiter Endeavour, set world records for the most mass flown in earth orbit and the most humans in space simultaneously with the Mir 24 and 25 crews. He has flown the closest flying maneuvers around an orbiting space station attempted in the history of space flight.