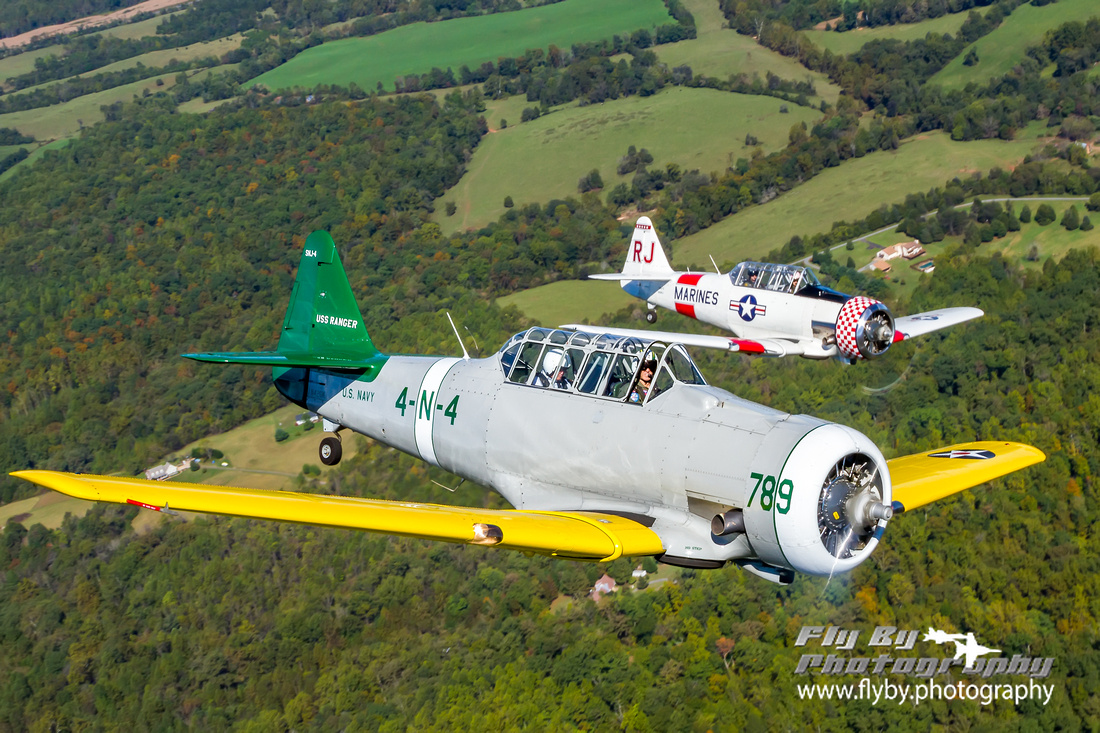 Chase The WindTexans over the Virginia foothills.

The North American AT-6/SNJ Texan was an advanced trainer used to train most Allied pilots, that flew single engine aircraft in World War II. But, the AT-6/SNJ Texan wasn't used solely as a trainer for pilots. Gunners were also trained in the back seats of Texans equipped with back-seats that rotated to face rearward, a flexible .30 machine gun mounted for the back-seater to use and canopies that rotated forward to open, giving an unobscured view rearward. My grandfather, William Corbin, was a 17 year old enlisted sailor in the Navy, eventually bound to be assigned as a radioman/gunner in the Curtis SB2C Helldiver, trained in the Navy's SNJ Texans during the latter years of World War II.

From my grandfathers memoirs:

"...the Navy SNJ was the aircraft in which we got almost all of our aerial gunnery work. Since they were used by every student and every different pilot, they were usually a mess to ride in. But, it was powerful and the pilots took great pleasure in doing a roll, right after take-off, for the purpose of scaring the pants off the student. But, it seemed rock solid, with a power-plant that never once belched as we left land and started out over water, which is something that always seemed to happen in most other aircraft. I suppose it was imagination, but we used to call it "automatic rough" the minute we left land. The rear seat in this bugger was uncomfortable and so loose, we'd rattle around as the pilot maneuvered for an "attack" on the target. I only rode in these facing backward."

I've been very fortunate to have had quite a few flights in Texans, including one that had the rotating gunners seat. Today, these Texans are no longer work horses and are cared for quite a lot better than they were during their WWII days. Just like my grandfather, I've never experience "automatic rough." Unlike my grandfather, my shooting is done with a camera.  Still, the sensations, smells, sounds and sites are much like what my grandfather would have experienced. It creates a bit of a connection between past and present. 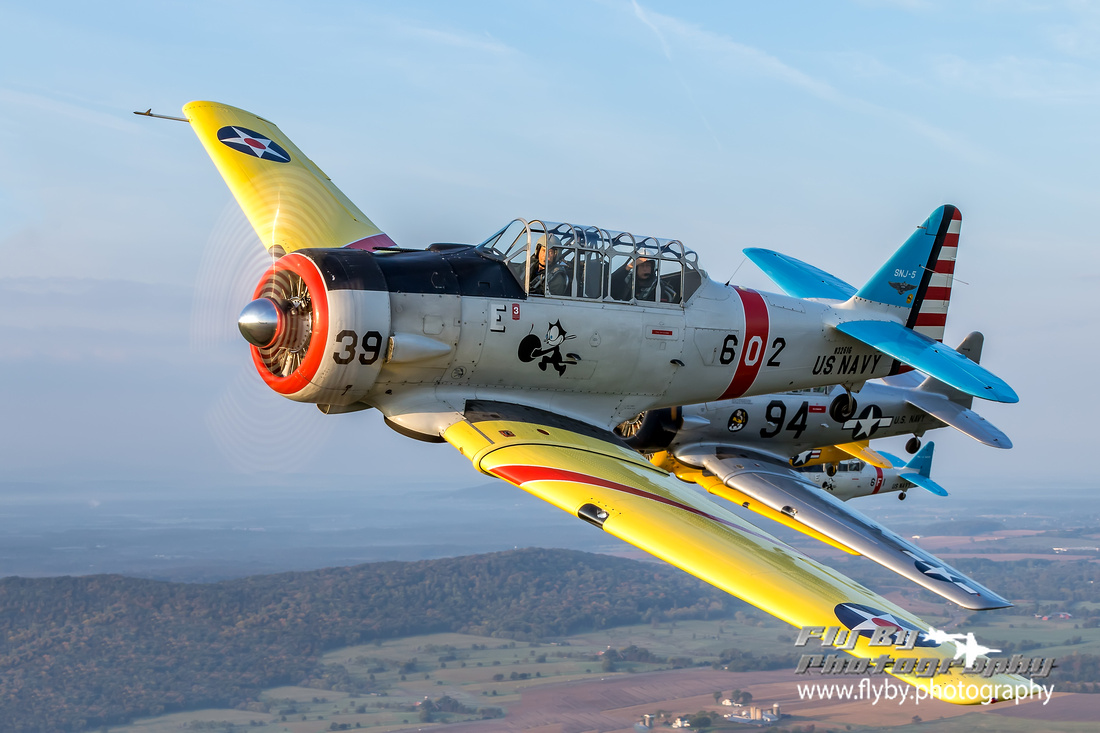 High In The Sunlit SilenceIn a left hand bank with the rest of Reveille Flight in right echelon on our wing. 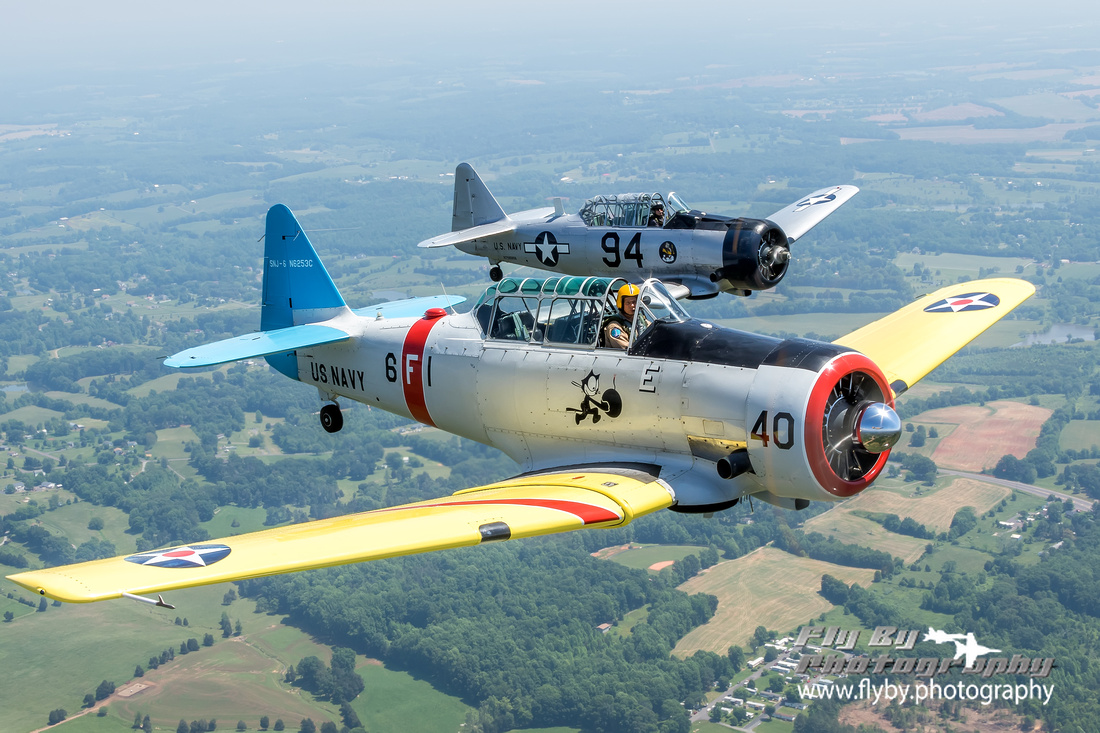