Today's warbird is the Douglas A-26 Invader. The A-26 Invader was a fast, light bomber and ground attack aircraft that first flew on 10 July 1942. Remarkably, the end of World War II did not mark the end of the A-26 in service. A-26s were used in the Korean War, by the CIA and USAF in Southeast Asia. The Columbian Air Force was the final user of the A-26, retiring them in 1980!

My photo is of the A-26B "Silver Dragon" photographed at Culpeper Airport on the morning of 7 May 2015. On May 8th, the Silver Dragon and over fifty other warbirds took part in the Arsenal of Democracy Fly Over of Washington DC to commemorate the 70th anniversary of VE Day. The Silver Dragon represents an aircraft assigned to 552nd Fighter-Bomber Squadron, 386th Bombardment Group during it's preparation for the invasion of Japan, which never occurred.

Prints of this photo are available for sale through this website. 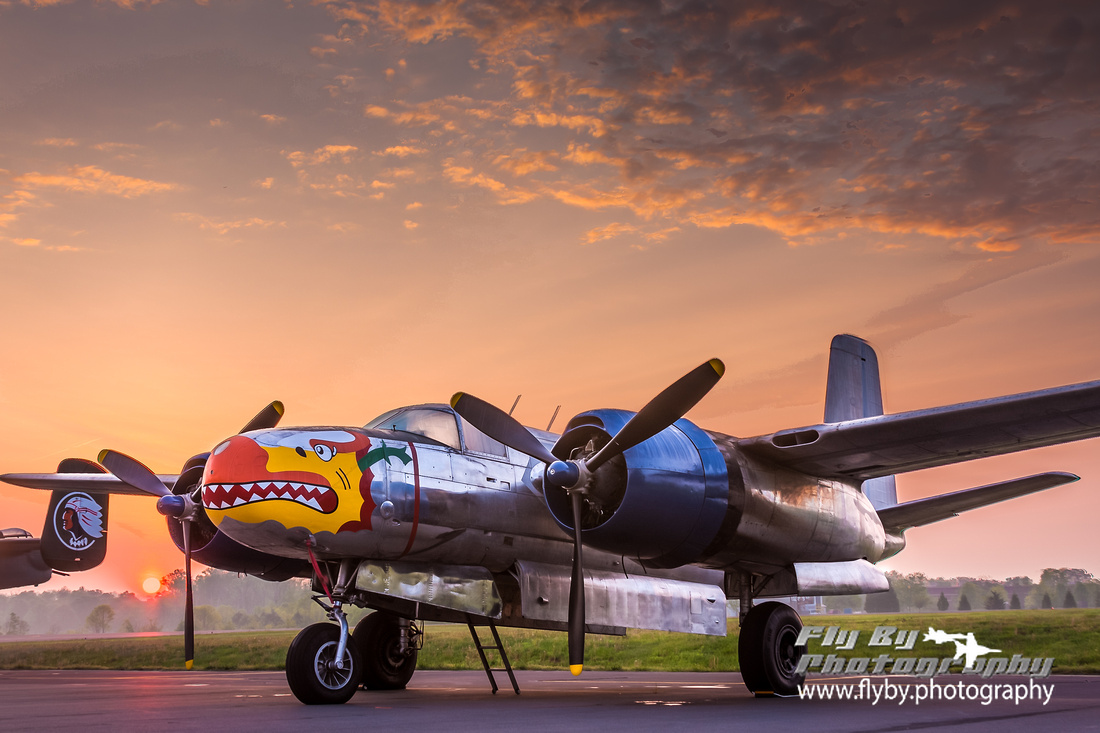