The photo below is of P-51D "Glamorous Gal" being piloted by Capt. Dale "Snort" Snodgrass. Snort is well know for these low, fast passes at airshows. The photo was taken at the 2009 NAS Oceana Airshow. This particular NAS Oceana show was held in mid-October rather than the more usual mid-September date. Saturday was cold, windy, with rain on and off and generally miserable all day. On Sunday we woke up to a down pour that continued all day and Sunday's show was cancelled.

Glamorous Gal is painted as a Mustang assigned to the 355th Fighter Squadron "Chiefs," 4th Fighter Group "Eagles," based in England during World War II. 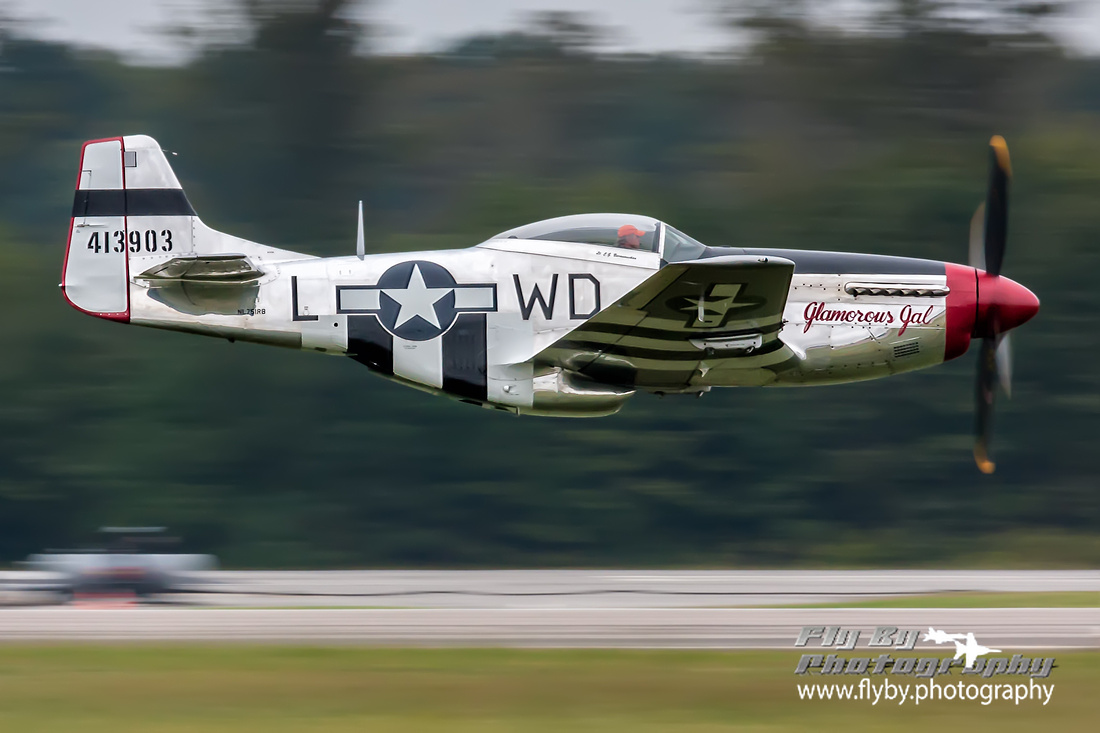 Bright Spot On A Gloomy DaySnort and the Gal.