Today's fast jet is the Grumman EA-6B Prowler. In US Navy and Marine Corps service since 1971, the Prowler is designed for electronic warfare, jamming enemy radar, gathering signals intelligence and launching missiles to destroy enemy radar sites and surface-to-air missile launchers. The Prowler was developed from Grumman's A-6 Intruder carrier-borne attack aircraft. Grumman lengthened the A-6's fuselage to add two additional seats, added a large antenna fairing on the top of the tail and packed it with electronics to create the Prowler.

The Prowler was retired from Navy service in 2015. The Marine Corps plans to retire their Prowlers by 2019. I was fortunate to attend the deactivation ceremony for Marine Prowler squadron VMAQT-1 Banshees on 29 April 2016. In 2013 when the Navy ended training aircrews for the Prowler for both the Navy and Marine Corps, VMAQ-1 went from being an active Prowler squadron to a Prowler training squadron for the Marines and was re-designated  VMAQT-1. With the eminent retirement of the Prowler from the Corps, there is no longer a need to train aircrews and the squadron was deactivated during a ceremony at MCAS Cherry Point on the evening of April 29, 2016. During the ceremony three of the squadrons Prowlers made several passes over the airfield. This trio of Banshee EA-6B Prowlers are in the air to mark their squadrons eminent retirement. 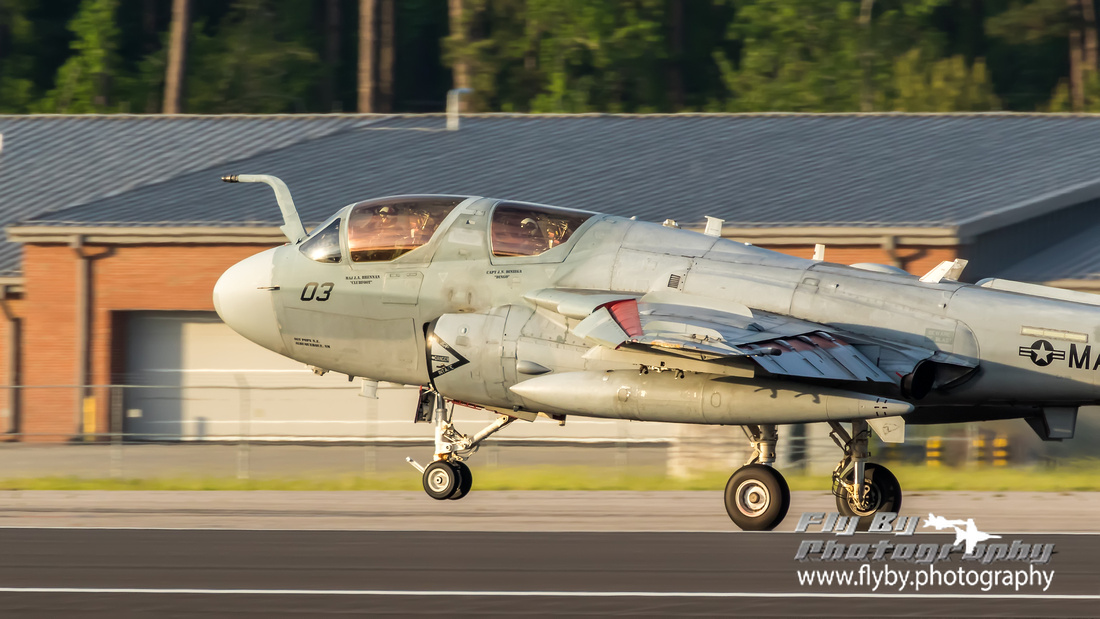 Rotating ProwlerA Banshees' Prowler lifts its nose wheel off the tarmac as it lifts off for the VMAQT-1 Deactivation Ceremony.