Today we are going face-to-face with a Blue Angels' F-18 Hornet and a Thunderbirds' F-16 Fighting Falcon. Both of these aircraft, now used by our military's flight demonstration teams, have their roots in the same Air Force program. In 1971 the USAF began the Lightweight Fighter program to evaluate relatively simple, inexpensive fighter designs that could be purchased in large numbers to augment its fleet of more complex and expensive aircraft. The aircraft that emerged from that program were the General Dynamics, now Lockheed Martin, YF-16 and the Northrop YF-17. Both aircraft competed to be the Air Forces new fighter. The Air Force chose to purchase the F-16.

Typically, the looser of a design competition would become but a footnote in aviation history. Not so for the YF-17. In 1974, the US Navy was looking for a cost effective aircraft to replace its aging aircraft and was ordered to evaluate the YF-16 and YF-17. The Navy dismissed the YF-16 because of the narrow width of its landing gear and single engine, both seen as detrimental to operating on an aircraft carrier. The YF-17 with its wider landing gear and twin engines looked to be more promising. The Navy asked Northrop along with McDonnell Douglas to develop the YF-17 into an aircraft that conformed with the Navy's needs. After heavy modifications, the YF-17 was morphed into the aircraft we know today as the F-18 Hornet. 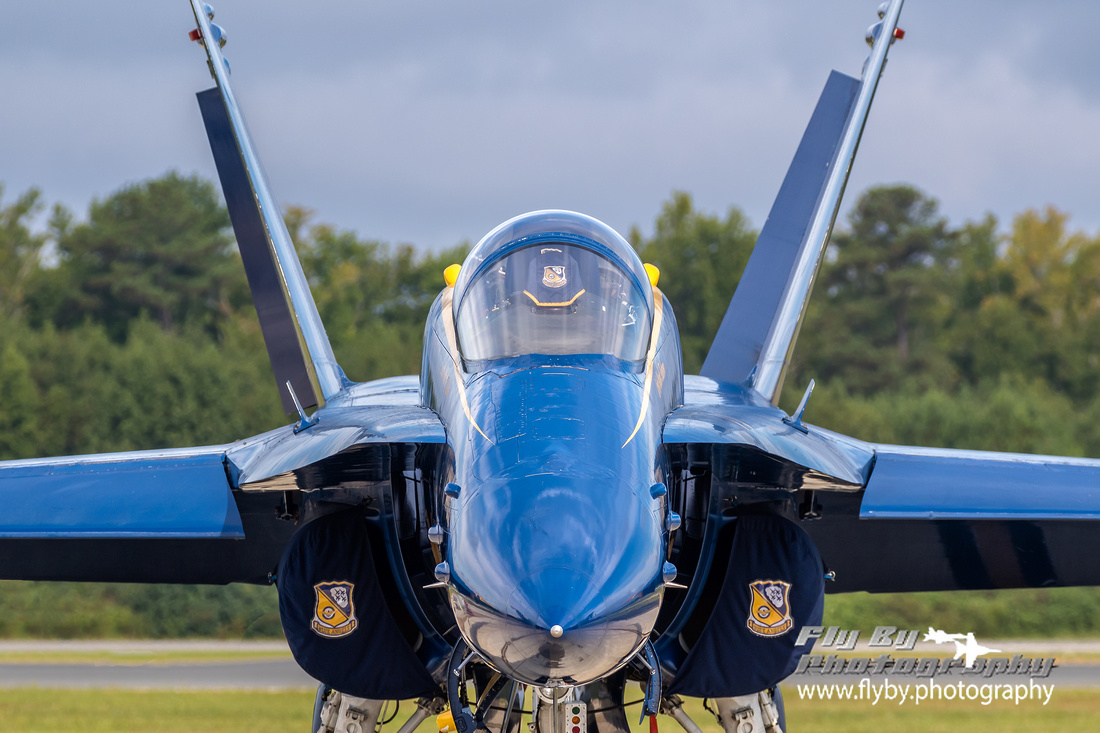 Face to BeakHead on view of a USAF Thunderbirds' F-16 Fighting Falcon.