I have named this photo Some Assembly Required. Fitting, right? 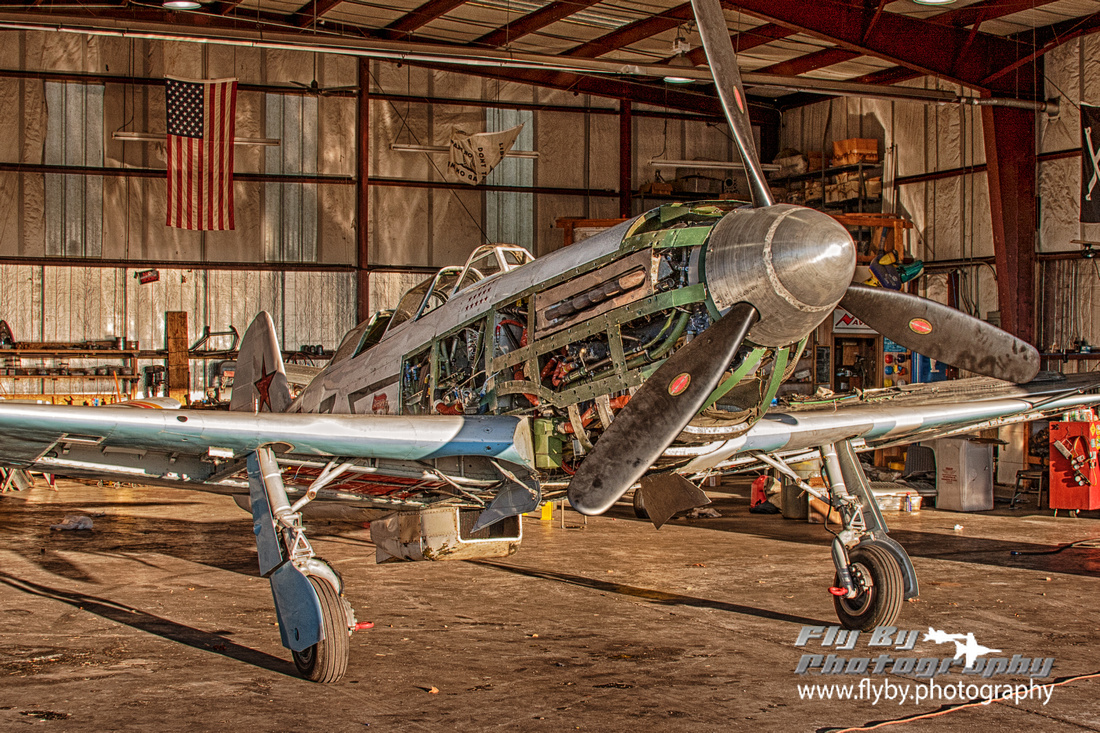 I took this photo at the Culpeper Airfest held on Saturday October 13, 2012. It was the first photo I took that day, shortly before 8am. It is a single exposure that I processed with Nik HDR Efex Pro 2.

I posted this photo to a couple of forums and received a lot of questions about what type of plane it is. At first I thought it was a Yak-9, which is a Soviet World War II fighter. I was pretty sure it had been re-engined since Soviet props turn counter-clockwise when viewed from the cockpit. This plane's prop turns clockwise when viewed from the cockpit so, it doesn't have its original Soviet engine but, an American or English engine.  Problem is the Yak-9 is a single seat plane and this one appears to be a two seater. Must be a Yak-7, which is an earlier Soviet WWII fighter with two seats. I still had folks telling me it was a Yak-9. No, I don't think so. So I set about figuring out what this plane is. A google search turned up a photograph of this plane taken in Florida in 2007. Fortunately, the registration number was visible in that photo. A google search of the registration turned up the true identity of this plane.

The plane above started life as a Yak-11. The Yak-11 is a post World WarII Soviet training aircraft. Yak-11s were fitted with a radial, aircooled, seven cylinder engine. At some point the aircraft was re-engined with an Allison V-1710 liquid cooled V-12 and made to look like a Yak-7. Mystery solved.

To view more photos from this shoot Culpeper Airfest 2012.