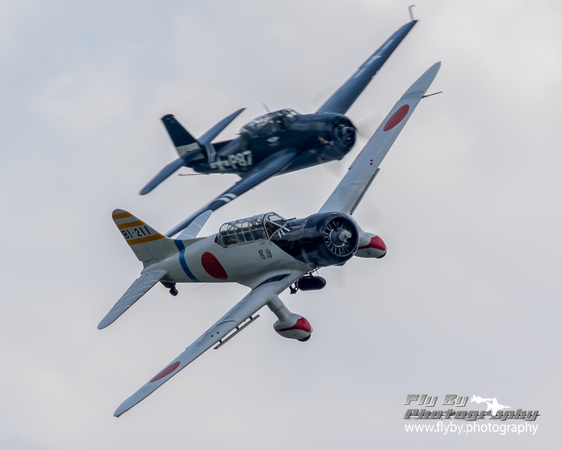 Avenger About To Take Down A Val

The Japanese Val dive bomber and the CAF Capital Wing's TBM Avenger during the Battle Of The Pacific portion of the Mid-Atlantic Air Museum's World War II Weekend. The Avenger appears as if it's closing in for an aerial victory. TBM Avengers did indeed score aerial victories during World War II taking down 68 confirmed kills. VMTB-143, for which the CAF Capital Wing's TBM Avenger is marked as, was the highest scoring Avenger unit of the war with 9.5 confirmed kills.